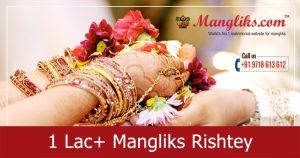 There are many such Dosha which are seen in the horoscope of the human according to Vedic astrology . As per astrology, Dosha means, Errors, not getting good results, unfavorable, Trouble etc.

When Planets are sitting in a un-favorable house out of 12 houses of your birth chart, Dosha occurs in a horoscope. On the basis of position of planets in your horoscope and date and time of your birth detected from this Astrological Birth Chart, a birth chart is prepared by astrologer.

When the malefic planets like Saturn, Rahu, and Mars reside in certain particular position in a house, then they affect your horoscope which at last makes Vedic astrological Doshas like Shani Sade Sati, Mangal Dosh &Kal Sarp Dosh.

Most extreme level of Doshas is caused by the planet Mars. There are different Planets like Sun, Saturn and Rahu that lead to Doshas in Vedic astrology. Of the Vedic astrology Doshas, Saturn is the cause for 76% of the Doshas, Sun for 52% and Rahu for 24%.

There would be discussion about some birth chart conditions that are most frequently faced by people and we clarify nature of these conditions and understand how best they can be settled.

Are you looking for manglik matrimony? Do you have Manglik Dosha in your Kundli? Visit Mangliks.com, one of the premier Manglik Matrimonial  Sites in India for manglik marriages with 1 Lakh+ profiles for manglik brides and grooms in India. Register free…

For the common masses, Sade Sati is a very dreadful word. It is called Shani Sade Sati or Saturn Sade Sati when transit (gochar) Shani passes over the birth Moon or twelfth or second from it. Shani Sade Sati remains in these three signs for approx 7.5 years and for the native- psychologically, financially and physically this period is generally considered problematic and troublesome.

It is believed that depression, differences, disputes, dissatisfaction, disappointments, disharmony and undesirable results in life are brought up by shani Sade sati, but actually this is not the case. But Saturn does not always behave this way, it is really depends on the individual birth chart.

Saturn will be residing in 12th house from the Moon in first Sade Sati, , which indicates financial loss, problem by enemies, disputes and poverty. The economic status of a person is influenced by Mahadasha. His expenses are higher than his income. You may face problems created by your enemies, Relationship with your friends and colleagues will not good enough during this period.

In second Phase, Native will find it difficult to achieve success in this period. You also may not get good results of your hard word and feel restricted. He/she may not able to start his new business due to financial problems and also cannot meet his goals. First house is attached to health in astrology, a person should start taking care of his health, and otherwise you can suffer with diseases like Insomnia and may face different health related problems. One can face many troubles in his married life and may not reap much fruit according to his hard work. In short, tensions would increase in his life in this duration; therefore, he should be careful.

Saturn will be transiting in the 2nd house from the natal Moon, which indicates difficulty and facing problems in financial status. It would be negative for a person to be in the third phase of Sade Sati. The person who is There should not be involvement in the conflicts and combats from the side of the person who is going through the third phase of Sadhe sati. This is a period which indicates danger and apart from other things, you need to be careful while driving. If possible to keep Saturn happy, stay away from your drinking habits and non veg.